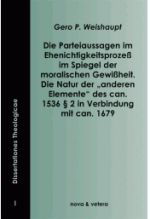 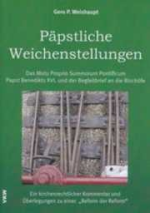 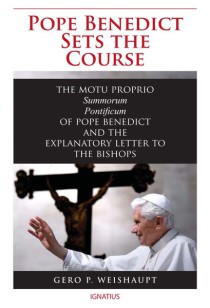 Gero P. Weishaupt, Pope Benedict sets the course. The Motu Proprio Summorum Pontificum of Pope Benedict and the explanatory letter to the bishops.

On July 7, 2007, Pope Benedict XVI promulgated the Motu Proprio Summorum Pontificum, with which he permitted the Gregorian-Tridentine Rite as the Extraordinary Form of the Roman Rite of the Mass. Since then Masses can be celebrated in Catholic churches according to the Roman Missal of Pope Saint Pius V and Blessed Pope John XXIII. In order that the Motu Proprio Summorum Pontificum may be understood rightly and implemented correctly, Gero P. Weishaupt presents this in-depth commentary.

Besides canonical explanations, he also offers specific reflections on a "reform of the reform", a renewal of the liturgy as intended by the Second Vatican Council according to a "hermeneutic of continuity", i.e. in light of Tradition. The author is firmly convinced that the Motu Proprio sets the decisive course for the realization of the "reform of the reform" that Pope Benedict XVI was aiming for.

Knowledge of the Motu Proprio is necessary for an orderly implementation thereof. It was the Pope's desire that the ancient use of the Mass become a normal occurrence in the liturgical life of the Church, so that all of Christ's faithful-young and old-can become familiar with the older rites and draw from their tangible beauty and transcendence. The Holy Father wanted this for pastoral reasons as well as for theological ones.

Besides the author's interpretation of the actual canonical text of the Motu Proprio, he discusses several questions pertaining to the application of the postconciliar sacramental discipline to the Extraordinary Form of the Roman Rite of the Mass. Finally, he investigates the reasons that prompted Benedict XVI to issue this epoch-making Apostolic Letter.

At the beginning of the third millennium, Benedict XVI has set the course for a new liturgical movement, by raising the consciousness that the liturgy, like the whole teaching of the Church, undergoes no ruptures , but rather grows in continuity with Tradition. Thereby Benedict XVI is leading the Church out of an internal crisis which, as he himself says, is above all a crisis of her liturgy. 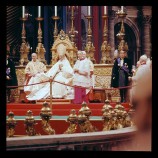